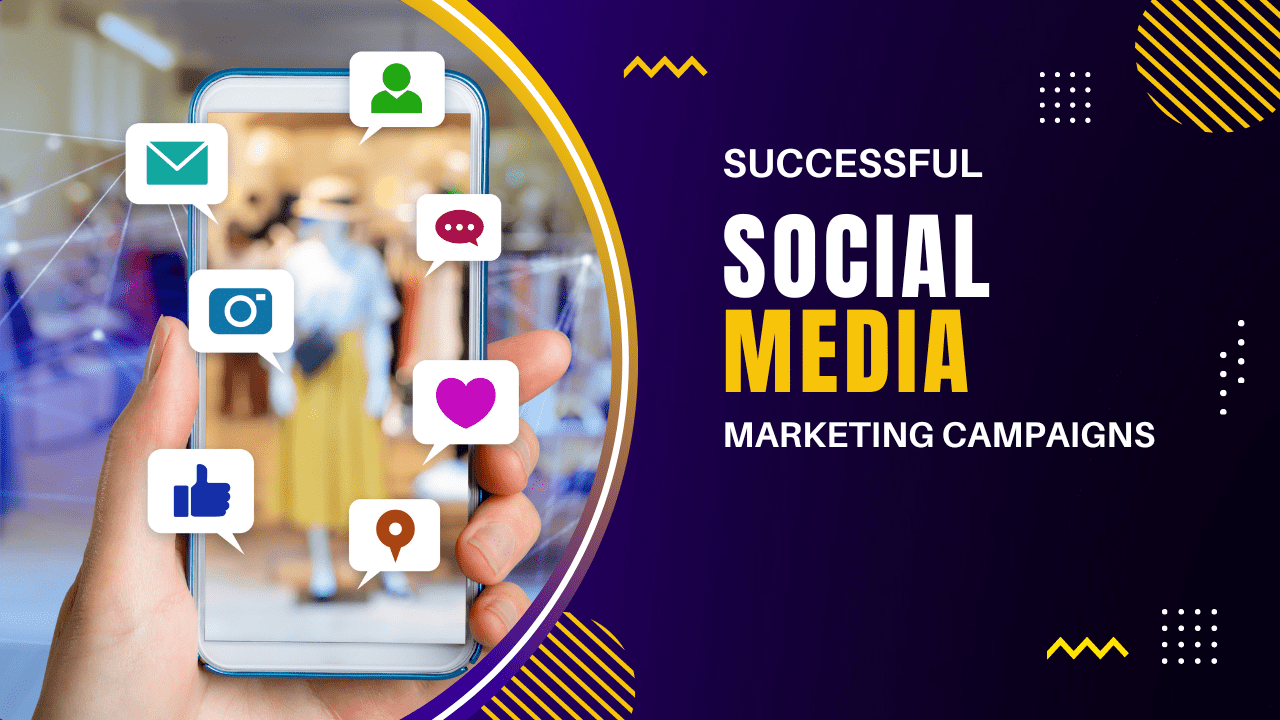 Social media marketing is one of the most powerful digital marketing tools. Social media encompasses both organic and inorganic marketing, helping you gain the most exposure, the most leads, and the highest traffic.

But not every business has the best social presence. That’s because you have to unlock the actual social media powers to achieve the best results. These businesses have done this and created genius social media campaigns.

The goal of the campaign was to represent the power and worth of women and to encourage women to enter in science and tech fields. And it started with our future: some young girls.

The campaign continues today, encouraging women to fulfil their dreams in the science and tech industries.

The briefcase holds the answers to all of the nominees. So they use the briefcase to engage with their audience. For example, the briefcase sat in on celebrity appearances, red carpet events, and signings.

PwC documented the briefcase’s journey on SnapChat. In addition, they uploaded a video, which has 17,000 views.

How far are you willing to go to prove your products work amazingly? Ume.net went above and beyond to make this promise with an exciting campaign video.

Ume.net is known for its fibre broadband service. They compared their products with competitors to prove their service was the fastest.

The participants used Oculus Rift; there was so much lag that the participants made mistakes in their game. However, Ume.net proves that no lag is detrimental to performance, and their hardware avoids lag.

The campaign video has more than six million views on YouTube!

Humanity campaigns always win over customers, both old and new. Maersk knows this and sets out to prove their morality. They do this by appealing to a fruit that many people love – avocados!

Maersk details the day-to-day lives of their employees in Kenya, who work the international avocado trading process.

The video details one man in Kenya whose avocados ship globally. Their Facebook likes increased by 700,000 after the video’s release.

TD Ameritrade is famous for its social campaign #ItAddsUp.

Their goal is to prove how hard those in the banking and finance industries work. In addition, these professionals are compared with athletes to show parallels between their vigorous training and ambition.

One of the most catching images are images of current athletes next to the same athlete, only younger and still in training. As a result, TD Ameritrade’s brand impressions increased by 97 million, and their followers grew by 12%.

Just because you’re a big company doesn’t mean you can’t improve your engagement even further. That’s what Cisco did with their social media product launch.

When Cisco released a router, they decided to test the power of their social following. So they only marketed the router through their various social media channels.

The campaign was successful for many reasons. The launch reached 9,000 people, 90 times more than in their past launches. Cisco saved almost six figures by only hosting its launch on social media.

7. Banana Sun in the Solar Eclipse by Chiquita

The solar eclipse of 2017 was a significant landmark. To celebrate the occasion, Chiquita made a cute video. They created a fictional sun that looks like a banana.

The banana sun explains the solar eclipse and why it’s a huge deal.

The campaign includes more than the video. There were GIFs, tweets, and a website dedicated to the character. A Chiquita banana was even roaming around New York City during the eclipse.

Snapchat filters are one the easiest way to engage with fans. 158 million people use SnapChat every day, and these users love filters.

Social media lets you connect directly with customers. But some brands take this connection a step farther, finding unique ways to interact with customers and discover what they want from the brand.

Vitamin Water did this by creating a game. They made a flavour lab on Facebook where customers can create their own Vitamin Water flavour.

How excited were you when you saw a Coke bottle with your name on it? Did you tweet and Instagram the bottle with the hashtag #ShareACoke? You probably did. This super engaging campaign brought Coca-Cola lots of attention.

Let’s put it this way – the campaign formed in 2011, almost eight years ago! Yet, you can still find Coke bottles with random names printed on them. So far, Coca-Cola has sold 250 million bottles with names on them.

These social media campaigns prove that with the right idea, you can make a huge sales impact using social media marketing.

Do you need some expert help with your social media strategy? Then, please contact us for a friendly chat.

Receive an email when we post news and updates.

We use cookies on our website to give you the most relevant experience by remembering your preferences and repeat visits. By clicking “Accept All”, you consent to the use of ALL the cookies. However, you may visit "Cookie Settings" to provide a controlled consent.
Cookie SettingsAccept All
Manage consent

This website uses cookies to improve your experience while you navigate through the website. Out of these, the cookies that are categorized as necessary are stored on your browser as they are essential for the working of basic functionalities of the website. We also use third-party cookies that help us analyze and understand how you use this website. These cookies will be stored in your browser only with your consent. You also have the option to opt-out of these cookies. But opting out of some of these cookies may affect your browsing experience.
Necessary Always Enabled
Necessary cookies are absolutely essential for the website to function properly. These cookies ensure basic functionalities and security features of the website, anonymously.
Functional
Functional cookies help to perform certain functionalities like sharing the content of the website on social media platforms, collect feedbacks, and other third-party features.
Performance
Performance cookies are used to understand and analyze the key performance indexes of the website which helps in delivering a better user experience for the visitors.
Analytics
Analytical cookies are used to understand how visitors interact with the website. These cookies help provide information on metrics the number of visitors, bounce rate, traffic source, etc.
Advertisement
Advertisement cookies are used to provide visitors with relevant ads and marketing campaigns. These cookies track visitors across websites and collect information to provide customized ads.
Others
Other uncategorized cookies are those that are being analyzed and have not been classified into a category as yet.
SAVE & ACCEPT